Our IRAC film is both a 4 year thermal greenhouse film, and an anti-condensation film. Greenhouse poly films with IR help trap heat radiant heat. For this reason, it is often called a thermal film. When sunlight enters, a lot of the energy can radiate out of standard film. If a greenhouse covering has IR additive, the heat will be trapped and will in-turn raise the overall temperature of the greenhouse. As an example, when a car is left in the sunlight, you will have just experienced the IR effect of your windshield. If your vegetation thrives in very warm environments, you may consider using IR film.

Another consideration with 4 year thermal greenhouse sheeting is that it diffuses the sunlight with nearly the same transmission of a clear poly sheet. Although translucent film will diffuse direct sunlight also, the light transmission is more effective with an IR thermal film.

Condensation formation can be a problem in greenhouses for various reasons. Condensate can reduce light transmission for clear greenhouses. Also, condensate drippings can spreading disease to plants within a greenhouse. Anti-condensation films help condensate to better flow down the horticultural plastic and it prevents droplets from forming. Farm Plastic Supply 4 year IR comes standard with AC in 6 mil clear. 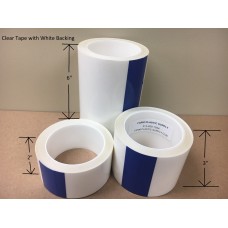